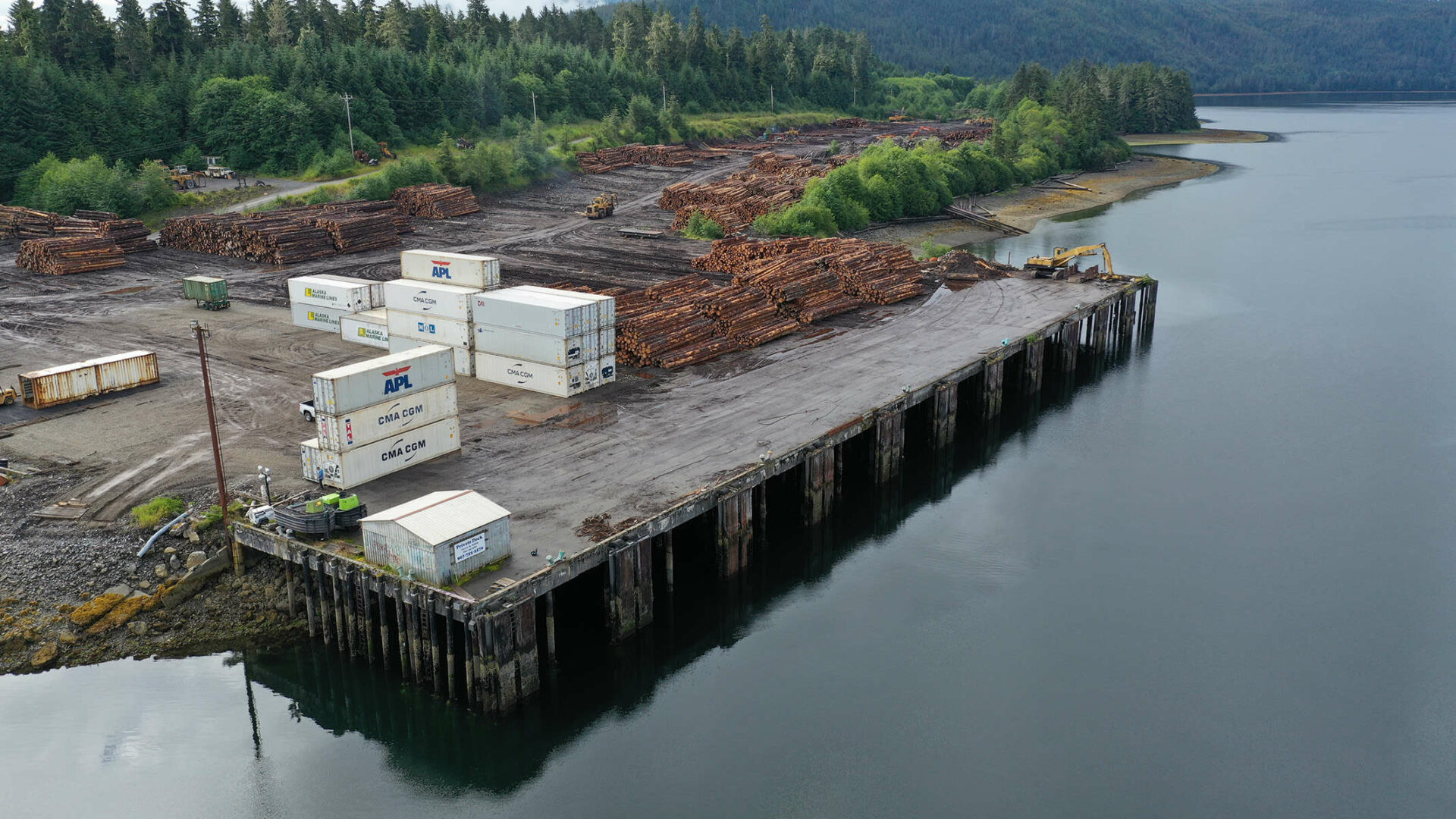 Alaska’s next cruise ship destination to open in Klawock in 2023; Developed by Alaska Native businesses to share culture and lifestyle, while supporting local economy

KLAWOCK, Alaska — Featuring sport fishing, culinary experiences, wildlife viewing and totem carving traditions, Alaska’s next cruise ship destination is being built near the Tlingit village of Klawock. Oceania Cruises will be the first cruise line scheduled to visit on May 24, 2023, with three additional calls in the 2023 season.

Na-Dena`, the joint venture between Alaska Native corporations Doyon, Limited and Huna Totem Corporation, will lean on Huna Totem’s success in sustainable tourism in the development of the port, and work alongside Klawock Heenya Corporation, an Alaska Native village corporation that represents the Tlingit people from Klawock. The award-winning Huna Totem Port Development Model is globally recognized for its ability to create balance in small communities while welcoming larger groups of travelers, as it does in Hoonah and its cruise port, Icy Strait Point. Adopting Na-Dena`’s core development principles, Klawock will share local culture and promote employment of Native and local Alaska workforce and feature an Alaska-only retail program.

Built on 16 acres on Klawock Island, the port sits on the Pacific coast side of Prince of Wales Island. The Port of Klawock is ideally positioned for both north and southbound Alaska itineraries. With two separate fjord entrances, sailing in and out of the port treats cruisers to scenic views of the wildlife-rich archipelagos, dramatic mountains and lush islands. The port island connects by bridge to Prince of Wales’ vast road system to other communities and tour options around the island.

“Tourism is the opportunity we need,” said Klawock Heenya Corporation President Teresa D. Fairbanks. “It’s exciting to now pursue the future for Klawock and our Native shareholders. We know building a tourism-based economy is a process, but we share a similar history of fish canning and timber harvesting with Hoonah. Thanks to the partnership with Na-Dena`, together, we know Klawock Heenya will be successful.”

“Our vision of tourism, balanced with Alaska’s cruise industry, creates meaning for travelers and our Native communities,” said Huna Totem Corporation President and Chief Executive Officer Russell Dick. “Huna Totem’s Icy Strait Point incorporates elements of who we are as Alaska Native people, leaving travelers with a better understanding of our culture and the importance of our lands and surrounding environment. While the experience enhances their Alaska vacation, in turn, it also builds economic stability for all Alaska Native people to practice and share our traditions and history with the world. Na-Dena` looks forward to celebrating Klawock Heenya’s values and traditions in Alaska’s newest port.”

The port of Klawock helps Na-Dena` promote the evolution of the Alaska tourism industry, providing travelers with an increasing number of cultural tour products and sustainable tourism opportunities. The port partnership expects to announce additional cruise line visits for the 2024 and 2025 seasons, meeting the growing demands of the Alaska travel market.

“A port is the next natural step for Na-Dena`,” Doyon President and Chief Executive Officer Aaron M. Schutt said. “We are looking forward to expanding tourism in Southeast Alaska to keep up with the increase in visitor volume and introducing cruise guests to Alaska Native culture.”

About Na-Dena` LLC
Na-Dena` LLC is a 50-50 joint venture between Alaska Native corporations Huna Totem Corporation and Doyon, Limited, focused on expanding sustainable tourism in Alaska. Formed in February 2022, Na-Dena` takes a holistic approach to statewide tourism, connecting historic traditions with the modern-day traveler, crafting new turnkey excursion packages and building value for Huna Totem’s and Doyon’s shareholders by creating jobs in a sustainable industry for future generations. Na-Dena` is exploring further opportunities for growth in transportation, lodging and tour development statewide over the next few years. Doyon, Limited is based in Fairbanks and Huna Totem Corporation is headquartered in Juneau. The historic connections and well-established trade routes between Doyon’s Athabascan people in the Interior and Huna Totem’s Tlingit people in Southeast Alaska spans thousands of years.

About Huna Totem Corporation
Formed during the Alaska Native Claims Settlement Act of 1971 (ANCSA), Huna Totem Corporation represents more than 1,550 Alaska Native shareholders from the Glacier Bay and Hoonah region. In 2004, Huna Totem opened its first large cruise ship port, Icy Strait Point. Since its opening, Icy Strait Point has welcomed over 2 million cruise travelers, created 265 jobs each year and generated over $64 million in tax revenue for the City of Hoonah. Huna Totem’s port model is globally recognized and has received numerous awards, including Seatrade’s Global Port of the Year in 2020. Icy Strait Point is #11 on the New York Times’ 2022 Top 52 Places for a Changed World. Along with tourism businesses, Huna Totem operates businesses in government contracting. For more information, visit www.hunatotem.com.

About Doyon, Limited
Headquartered in Fairbanks, Doyon, Limited has more than 20,400 shareholders and was established under the 1971 Alaska Native Claims Settlement Act. Doyon has subsidiaries in oilfield services, government contracting and tourism. It is the largest private landowner in Alaska and one of the largest in North America. Its mission is to continually enhance its position as a financially strong Native corporation in order to promote the economic and social well-being of its shareholders and future shareholders, to strengthen its Native way of life, and to protect and enhance its land and resources. For more information, visit www.doyon.com.