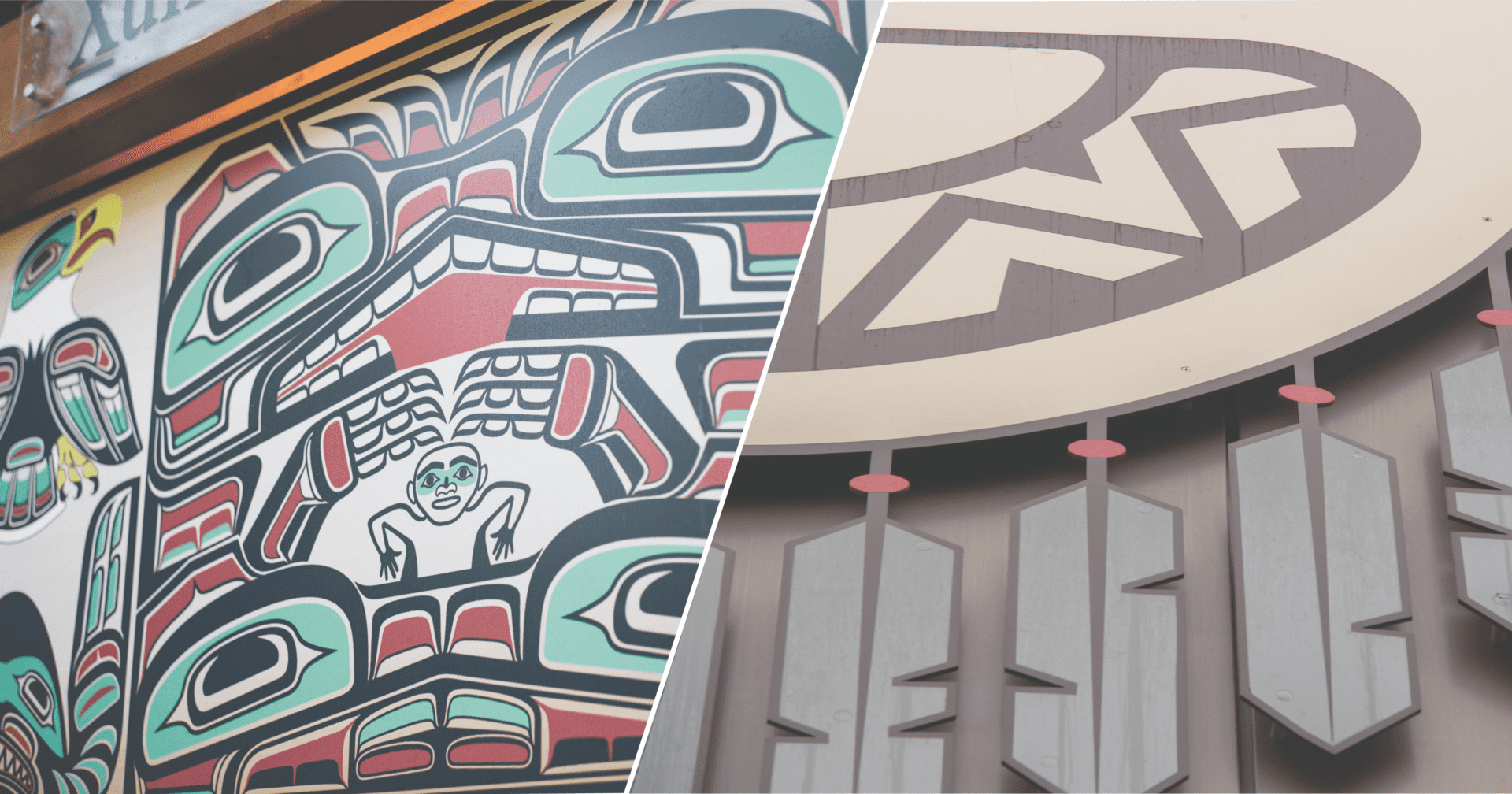 The new joint venture is taking a holistic approach to statewide tourism, connecting the modern-day traveler with historic traditions, crafting new turnkey excursion packages and building value for Huna Totem and Doyon shareholders by creating jobs in a sustainable industry for future generations.

Na-Dena` will explore opportunities for growth in transportation, lodging, and tour development in Alaska. Within each sector, the company has outlined underexplored regions and untapped assets showing promise for growth.

“The formation of Na-Dena` marks the beginning of a new era in sustainable tourism for our state. Our partnership will provide balance to over-visited areas with other natural wonders and culturally significant destinations, encouraging travelers to ‘spend one more day’ and creating additional opportunity in Alaska’s fastest growing industry,” Huna Totem Corporation CEO and President Russell Dick said. “By working together with Doyon, Na-Dena’ can influence more than 80 percent of all visitors coming to Alaska. It puts Alaska Native people and our lands, from Glacier Bay to the North Slope, on the leading edge of sustainable tourism. This is just the beginning of our Native corporations coming together, delivering the real cultural experiences travelers are demanding from the tourism industry.”

Doyon’s tourism businesses have focused on Alaska’s Interior, with excursions into the Kantishna mining district in the heart of Denali National Park. Doyon’s assisting joint venture with ARAMARK annually welcomes over 500,000 visitors from around the world. Na-Dena’ will enhance Doyon’s presence in the statewide travel industry.

“This is our first step in growing Doyon’s next core pillar of business,” Doyon, Limited CEO and President Aaron Schutt said. “Along with Huna Totem, we take a leading role in the next generation of tourism for Alaska. We plan to do this by sharing century-old traditions which define us, going beyond the over-used routes that limit the tourism experience, and foster meaning, worthy of our visitors who will take our love of Alaska home with them and share it with their family and community.”

Na-Dena` will lean on the strength of the Alaska Independent Coach Tours management team to continue its successful day-to-day motorcoach tour operations. It will also depend on the team to help provide leadership and inspiration as a key building block as Na-Dena’ rolls out future plans.

“We’ve spent the past 16 years growing our employee-owned company in Alaska and Washington,” Alaska Independent Coach Tours President Dennis McDonnell said. “We’re thrilled to now be part of NaDena’ in partnership with two highly respected Native corporations as we expand our focus on cultural tourism. It’s a win-win for the visitors and the resulting jobs for Alaskans.”

Founded in 2006, Alaska Independent Coach Tours is one of the most recognized and reputable travel industry companies in Southeast Alaska. As part of the merger with Na-Dena’, it plans to expand service in Seattle and in the Southeast Alaska communities where it currently operates. Helping to fulfill the joint venture’s goal to create jobs in Alaska, Alaska Independent Coach Tours is assessing an operating base in Anchorage and is evaluating the immediate needs of port transfer services and tour products in the Interior. Presently, the company is not offering transportation services in Alaska’s Interior.

“Transporting travelers is only a small part of what Alaska Independent Coach Tours does,” Dick said. “From meeting travelers at the airport before boarding a cruise ship in Seattle to being the major tour operator in all Southeast Alaska gateway ports, Alaska Independent Coach Tours is most often the first contact visitors have to their Alaska vacation experience. The company’s staff is vital in setting the tone, moving the guest’s experience, historic and cultural understanding and vacation quality to a higher level. They will play a strategic role in how Na-Dena’ delivers a better statewide tourism product.”

“Huna Totem Corporation is an expert in developing and operating world-class tour products,” said Howard Sherman, president and CEO of Oceania Cruises, part of Norwegian Cruise Line Holdings. “As an Alaskan Native corporation, their proven ability to deliver the authentic Alaska experience that our customers seek is unmatched. Along with that authenticity is their respect for the natural beauty and history of Alaska. That distinguishes them from many other operators worldwide and will prove to be a more sustainable model for tourism. We at Norwegian Cruise Line Holdings are proud to be their partners, and we eagerly look forward to whatever they dream up next.”

“Royal Caribbean Group’s long-standing partnership with Alaska Independent Coach Tours spans three decades of providing seamless experiences for our guests. Our relationship with Huna Totem Corporation introduced the first cruise ship to Icy Strait Point in 2004,” said Joshua Carroll, Royal Caribbean Group’s vice president of destination development. “Na-Dena’’s landmark acquisition leverages years of logistics and tourism know-how with award-winning innovation, vision and a passion to share Alaska’s rich culture in an authentic and sustainable way. We are excited for the evolution of sustainable tourism in Alaska and the amazing experiences and adventures it will bring to our guests in the years to come.”

Celebrating the continuity of our historical partnerships

While Na-Dena` engages in the future of cultural tourism, it also celebrates the past and brings the stories of its people to future travelers. The historic connections between the Athabascan people in the Interior and the Tlingit people in Southeast Alaska over thousands of years and spans our state; Na-Dena’ celebrates our lands, especially the fertile valley between the Fairweather and Chilkat Mountains which define the resource-rich lands of the Xúna Kaawu, now known as Glacier Bay. In Alaska’s Interior, Na-Dena’ celebrates the quiet and mighty strength of the Yukon River and the traditional hunting grounds which cross from the Brooks Range to the Canadian border across the Doyon Region. These regions together engaged in an abundance of trade. Even then, the tribes traded foods, crafts, dentalium, and goods over Alaska’s beautiful landscape. These well-established trade routes connect our people from the northern Interior with Indigenous people from the coast, influencing each other’s language, colors, and the stories still retold today.

Formed during the Alaska Native Claims Settlement Act of 1971 (ANCSA), Huna Totem Corporation represents 1,550 Native shareholders from the Glacier Bay and Hoonah region of Alaska. In 2004, Huna Totem opened its first large cruise ship port of Icy Strait Point. Since its opening, Icy Strait Point welcomed over 2 million cruise travelers, creating 260 jobs, and generated over $64 million in tax revenue for the City of Hoonah. Huna Totem’s port model is globally recognized and received numerous awards, including Seatrade’s Global Port of the Year in 2020 and is #11 on the New York Times, 2022 Top 52 Places for a Changed World, honored for its opening of Alaska’s first high-speed gondola system. Along with tourism businesses, Huna Totem operates businesses in Government Contracting. For more information, visit www.hunatotem.com.

Headquartered in Fairbanks, Doyon, Limited has more than 20,400 shareholders and was established under the 1971 Alaska Native Claims Settlement Act. Doyon has subsidiaries in oilfield services, government contracting, and tourism, is also the largest private landowner in Alaska and one of the largest in North America. Its mission is to continually enhance its position as a financially strong Native corporation in order to promote the economic and social well-being of its shareholders and future shareholders, to strengthen its Native way of life, and to protect and enhance its land and resources. For more information, visit www.doyon.com.

Na-Dena` is a 50-50 joint venture between Alaska Native corporations Doyon, Limited and Huna Totem Corporation, focused on expanding sustainable tourism in Alaska. The new company is taking a holistic approach to statewide tourism, connecting the modern-day traveler with historic traditions, crafting new turnkey excursion packages and building value for Huna Totem and Doyon shareholders by creating jobs in a sustainable industry for future generations. Na-Dena’ will explore opportunities for growth in transportation, lodging and tour development in the state.

In the spirit of this relationship throughout time including extensive trade, alliances, marriage and ANCSA formation to present day, Na-Dena` connects both the Athabascan and Tlingit cultures and languages. In Tlingit “naa” and Athabascan “dene,” both mean people or tribe.

Listen to a full interview with Aaron and Russell on KINY Radio here.